I like Original D&D (aka OD&D or Zero Edition D&D) with all the supplements, as gathered together in the Swords and Wizardry retroclone. It’s nice and simple, so I can easily hold its rulings in my head and easily expandable. It was also the system that all my favourite adventures from White Dwarf used originally. Adventures like the Lichway and The Halls of Tizun Thane. Although I encountered them in the Best of White Dwarf reprints in the late 80s, when they had been updated to AD&D 1st with a rather embarrassed note from the editor that they had only done it to keep up with the current rules.

My own gaming history is that I got B/EX D&D first, picked up AD&D 1st next. So when I got S&W in the early 2000s that was my first exposure to OD&D the game my inspirations (Ian Livingstone, Steve Jackson, Albie Florie, Graham Davis, Graham Morris etc) were playing and being inspired by.

OD&D inspires and guides, not directs like later editions, which I think is important. 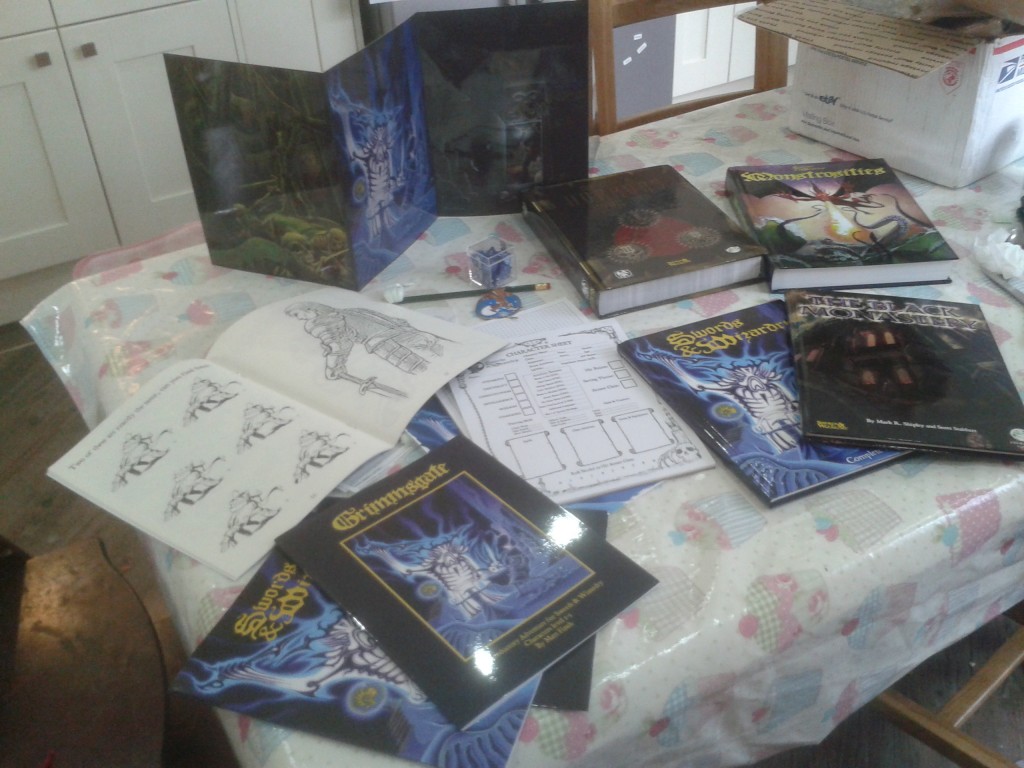 My  haul from the Swords and Wizardry Kickstarter