Want the sequel to the seminal Out of the Pit?

Want another 250 Fighting Fantasy beasties straight out of the pages of the classic FF books?

Then this my friend is your Kickstarter, already funded so completely no-risk.

Also Graham’s a good lad who ships quality product on time, with good communication along the way. I know this from the Blacksand KS earlier this year (which I must review at some point). 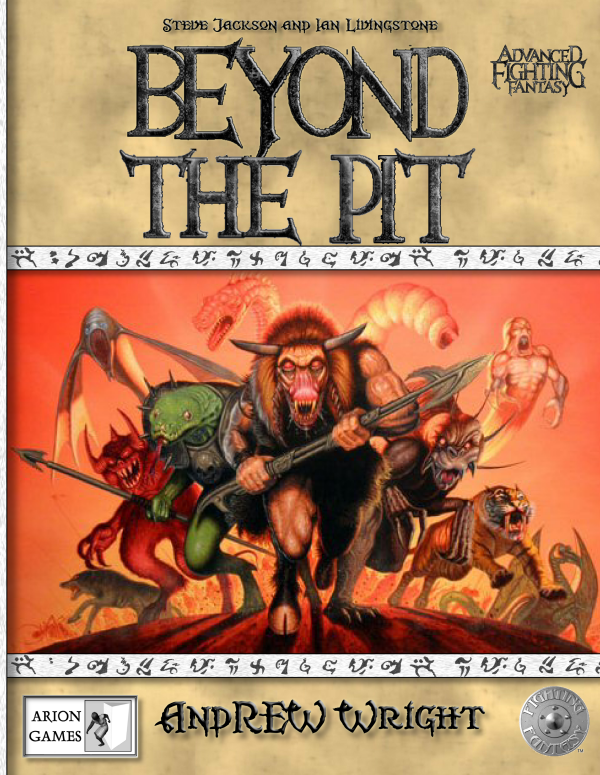 With the recent Bundle of Holding – “Old School Revival” Pdf bundle just gone, and what a fine thing it was, my mind could not help but think what would a UK version look like.

Remember this is pure fantasy on my part, and uses the idea that the UK OSR encompasses more than D&D.

Dragon Warriors, this is us brits taking the basic D&D idea, putting it through a folklore looking glass and coming up with something quite special and unique.

OpenQuest Basics – ok so I’ve not pulled this together yet, the link goes to OQ Deluxe (why don’t you check it out 😉 ) but a free low page count intro to D100 system you can’t go wrong.

Oubliette Magazine issue #1 – because us Brits also do Fanzines too 😉

Crypts and Things – Blood of the Dragon A Swords and Sorcery sandbox!

BRP Rome – OK published quite fittingly by an Italian company, but written by a Brit (Pete Nash) and would fit nicely alongside some of the historical setting pieces written in White Dwarf & Imagine magazine back in the day.

RuneQuest 6 – Its heritage may be Californian, but this implementation is pure Brit Old School ( remember us Brits owned RQ via Rune Rites in 80’s White Dwarf 😉 )

Anything I’ve missed out? A nice hard as good as new copy of Warhammer Fantasy Roleplaying 1st Edition, from the lovely Gordon Richards.

Words will be had about this one oh yes 🙂