People who have followed me and D101 Games will know I’m a big fan of Glorantha and RuneQuest. I’ve just unveiled a new blog which as well as putting out new adventures that I’m going to publishing via Chaosium’s Jonstown Compendium 1, it will have reviews, rules commentary and other bits and bobs useful to people who play RuneQuest, QuestWorlds or 13th Age Glorantha.

Here’s the cover of A Dry Run in Prax, a RuneQuest adventure that I’m currently working on. Art by Dan Barker. 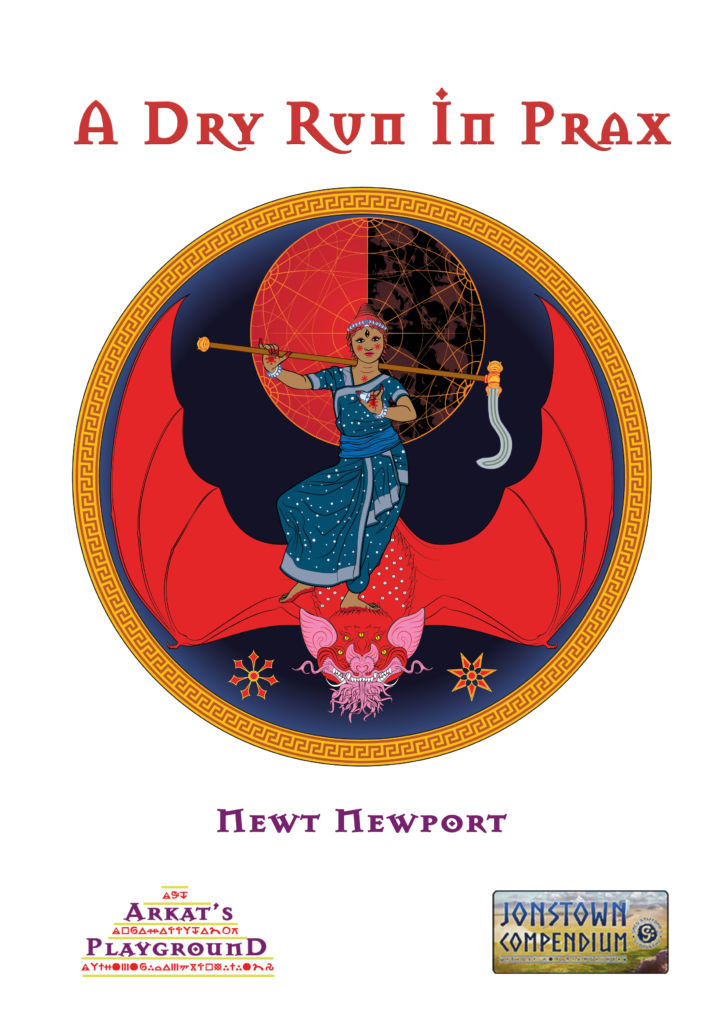 1. Jonstown Compendium is the drivethrurpg.com community content program for Gloranthan Rpgs such as RuneQuest, Questworlds and 13th Age Glorantha.