This essay is included with The Sorcerer Under the Mountain, a decidedly old school dungeoneering adventure for 5th Edition adventure. It details my own journey from died in the wool OSR DM, to confident 5th Edition DM.

I started playing in the mid-80s, with using the D&D Basic (Red Box) and Expert (blue box) sets, which were commonly available from UK toy shops at the time. After about two years I graduated to AD&D 1st ed which I bought from a friend’s brother. In the early 90s, I bought 2nd Ed but it never really gelled because it felt like too much of a rewrite which made the game bland in tone and execution, and I wasn’t keen on the endless player options books. I bought 3.5 multiple times, wanted to like it but too much like the Collectable Card Game of RPGs because of the way Feats worked for players. As I was raised on the much simpler B/X, it was all too much. So, I embraced the OSR in the early part of the last decade, because it’s what I know and even where it progresses it’s in a logical way that D&D would have gone if they had only done cleaned up versions.

I found 5th ed initially confusing. My initial assessment was that it was very much a museum piece to satisfy all fans of all editions.

But would it please me?

To find out, here’s the full essay. 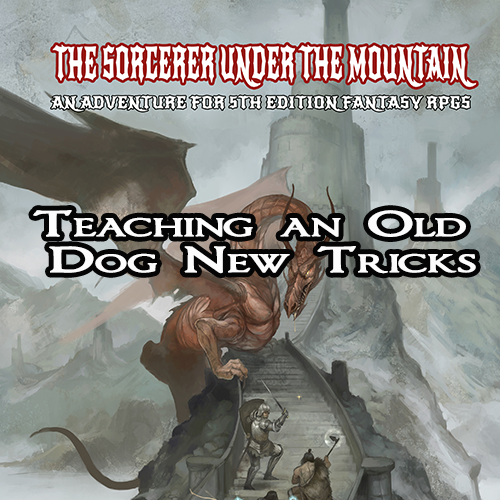