Now rampaging on general release, is the thirty-foot tall three-headed monster lizard called Grogzilla. Originally put together to honour Grogmeet 2019 ( a meet up of old school gamers run by the Grogsquad of Grogpod fame) it was enhanced during Kickstarter’s ZineQuest 2 which brought it to a wider audience.

This being a review of a bit of everything that D101 does, both present and upcoming, there’s a fair bit of fantasy in it. The beast of the zine in OpenQuest and C&T stats, five more fiends for Crypts and Things, a preview of what I’m going to be doing for Mythras, a follow up the scenario to the OSR Road to Hell.

Its available as cheap as chips pdf only (£3) and I’ve a limited number of print copies from the print run for the backers (£5). 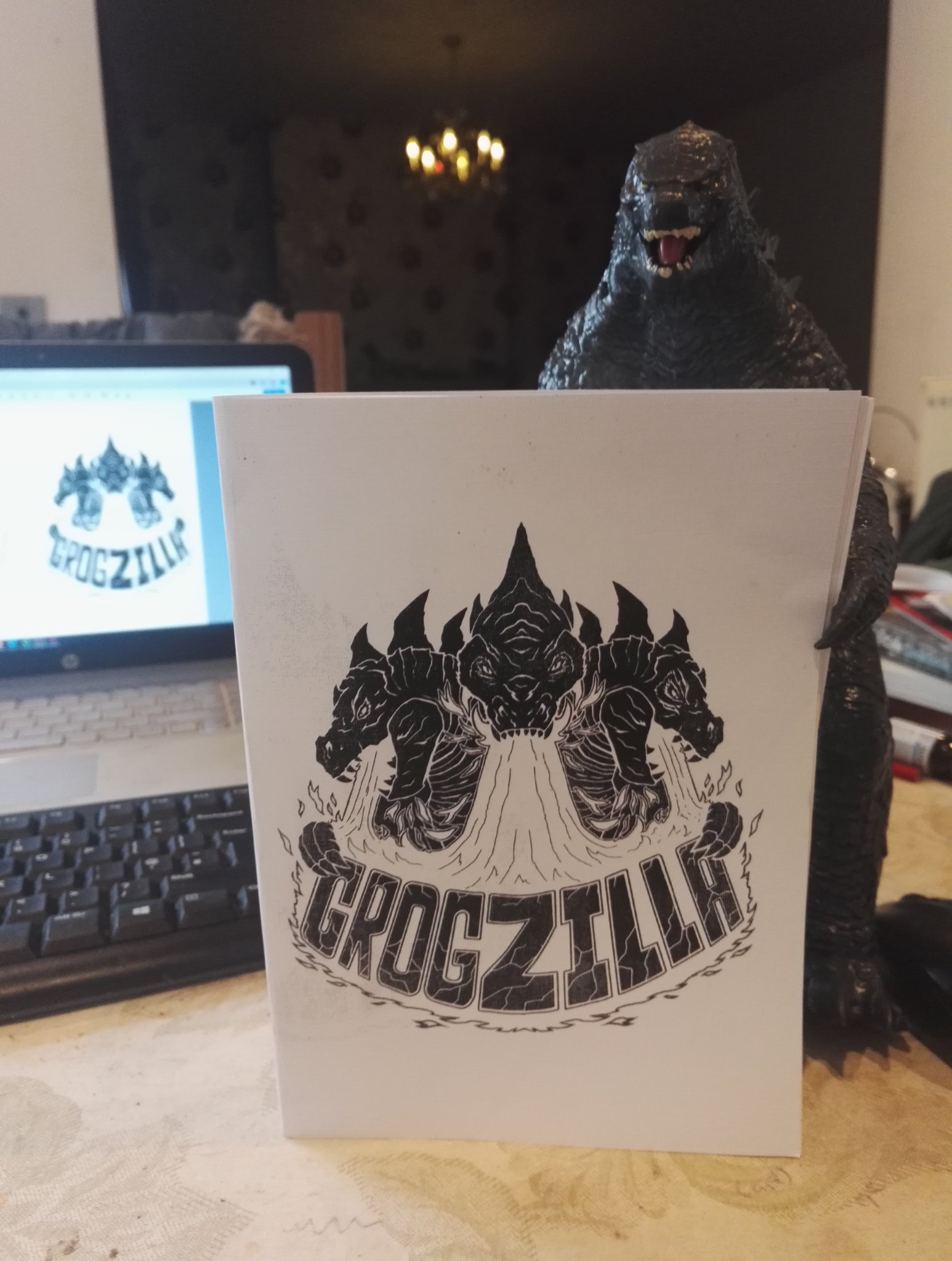