The Brave of Gatan is the Empire’s 5th Legion. Despite its barbarian traditions, it is one of the most loyal and was dispatched to subdue the peoples of the Theocracy of Kus. A savage realm Kus is a joint partnership between the humans and the lizardfolk that live there. Imperial Command misunderstood the nature of this relationship. They saw the humans as oppressed unwilling sacrifices to their lizardfolk overlords and thus easily brought into the Empire. In fact, the reverse was true. The humans of Kus happily and willingly took part in the country’s religious system which empowered the lizardfolk ruling classes, who in turn ensured Kus flourished. Therefore after five years of being under the Imperial yoke as they see it, Kus is in open revolt in what the natives call the “Great Eating”. The Legion has been defeated on the open field and in the streets of the cities and, most of its leaders have been eaten by the Lizard Warriors. You’ve been summoned by the surviving commanders.  They acknowledge the 5ht is doomed, but want you to take the Legions regalia back home, resurrect it and descend upon Kus in a campaign of sacred revenge sanctioned by the Emperor himself!

This is an episodic campaign, which should run for about ten sessions. The first session will be four hours long, and subsequent sessions will be two hours each. Its a playtest of the new OpenQuest 3 system, where the players will get to see the entire system in action. It is set in the Old Empire setting, that pre-dates the Empire of Gatan setting in OQ2 by a good 500-1000 years. The player’s actions will define the new setting (an updated Empire of Gatan) as they travel around the Empire’s provinces seeking to get home.

The player character’s start as members of 5th Leigon, and will be soldiers of various flavours. As the campaign progresses they will move on from these humble beginnings as the players desire.

I’m looking to get a dedicated pool of players who can meet up online once per week. You don’t have to be at every session, although you’ll get the most fun out of it if you are.

If you are interested please comment below, with the days you are available. Apart from the first session, which will be four hours long, sessions will be two hours and held between 8-10 pm GMT. 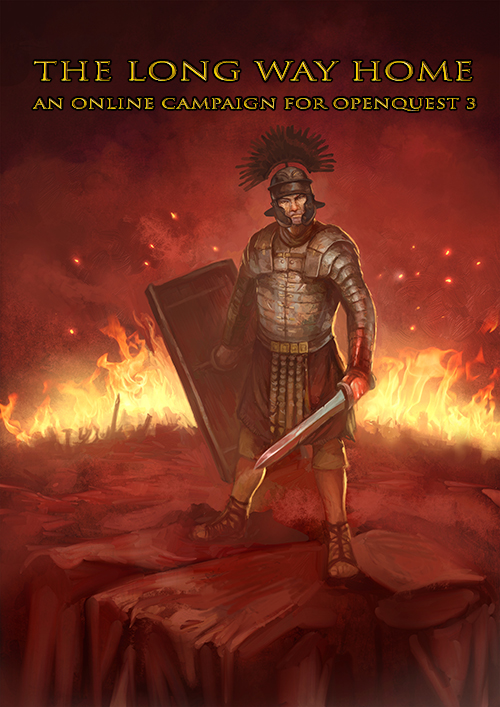