A quick reminder if you want to pick up any of the C&T titles in stock at the D101 Webstore in print at 33% off, you have until Thursday (31 May) to do so.

Also, the entire range of C&T titles is 33% off in pdf at DriveThruRPG.com as part of their May D&D sale. 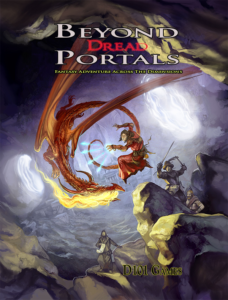 Yesterday I looked at the Empire of Ys which is the setting for Beyond Dread Portals.

Today I jump right in and look at the system that powers the game.

Modifiers can come from

Organo the Sly, a 5th Level Expert, doing a flying tumble over a large number of Mage-Guards of the Arcane Guild, rolls d20 with +5 for her Skill Rank, +8 for her background of being a member of a travelling circus and +3 for her Dexterity Modifier, for a whopping + 16 in total.

If Hargvard the Brute, a 5th level Warrior, is trying to do the same thing he doesn’t have any backgrounds that help acrobatics, so he would only get a + 1 from his Dex modifier. As a result, his player is far more likely to barge through the group of warriors, which allows Hargvard to bring in his background as a street thug and skills as a warrior into play for a much higher modifier.

Finally, if you can bring into play one of your character’s drives, which are written on the character sheet as short descriptions of what motivates the character, you get to roll twice picking the more favourable roll. However, if you fail, despite rolling twice, you land your character at great risk.

So in the above example, Organo’s player invokes her drive of “To live life to the full” and the Referee warns them that if Organo fails she will end up tumbling gracefully right into the middle of the crowd of Mage-Guards ready to pound her with their poleaxes.

Your character also has special class-based abilities. Such as fighting styles for warriors, spell casting and magic for magicians, various tricks of the trade for Experts. Some of these are expected D&D abilities, and some are from the setting.

Spell casting uses a familiar spell list, but casters have Magic Points, so it’s not the usual fire and forget system. All the spells from regular D&D that break a magic point system, such as Sleep and Charm Person, have either been removed or rewritten to fit in.

This is the first of a two-part “Beyond Dread Portals in a Nutshell”, looking at the setting.  Part 2 (coming tomorrow) looks at the system.

If you’ve not come across mention of Beyond Dread Portals before, its a completely self-contained game by Paul Mitchener, a burgeoning powerhouse of British RPG writing (partial credits Hunters of Alexandria, Age of Arthur, Starfall, Mythic Britain: Logres). Currently standing at 250+ pages sans art-work this is Dr Mitch’s post-D&D take on multidimensional fantasy adventure gaming.

Hoping to Kickstart this one, once I’ve cleared the decks of some outstanding work, probably either by the end of this year or at the start of next year. I’ve got a full draft of the game, which initially started off as Paul’s homage to Planescape, but mutated into its own thing. It’s a large fantasy setting, where a magical city-state of Ys sits at the centre of an empire of other worlds connected by magic portals (hence the title). Its also a ruleset – which I’m tagging as post-D&D. It takes D&D as its starting point and then cuts and adds to it to make the ruleset match the setting. The nearest analogy is I can make if that second wave of AD&D 1st edition settings (Planescape, Dark Sun, Ravenloft etc.) had been self-contained games with modified D&D based rulesets. Bear in mind Paul also takes into consideration 30 years of games design on top of that, although he does so in a way that isn’t jarring to the starting point.

So here’s a quick look at the setting: The Empire of Ys

What is the Empire of Ys?

Ys is a city on a ringworld. Although it has well-defined districts, these magically shift and change from time to time. It used to be human ruled Empire which aggressively conquered and colonised other worlds, using magical portals (the Dread Portals of the game’s title). Recently, Ys was invaded by the undead mega-fiend the Autarch, who now sits uncaring in the imperial palace, occasionally enforcing its will through the Guilds and the Noble Families, but otherwise allowing the empire to function as it did before without much interference.

The other worlds are:

There is a system of Guilds that run various functions of the Empire.

Overall the setting is a fantasy renaissance setting, where instead of ocean-borne trade the city-state of Ys profits from its business with the worlds it is in contact with through the magical portals. Without the regular edicts of the human Empire and the vague but fearful orders that occasionally come from Autarch, there is much political infighting between the Guilds and their agents.  There is a patronage system, and the player characters like everyone else will have a patron who will help them in return for support.

Next: Beyond D20 (the system that powers Beyond Dread Portals). 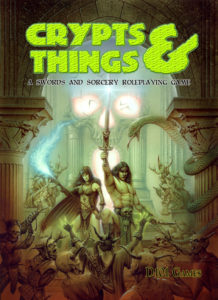 DriveThruRpg.com are having a 33% off sale for D&D products of all editions, and Crypts and Things and all its releases are available in pdf until the end of May.

Since its pdf only, I’m matching that 33% discount on the print with free pdf bundles I sell on the D101 Games web store on items I currently have in stock until the end of May.

So at the moment, that is

Shipping is free to UK addresses on orders over £10. 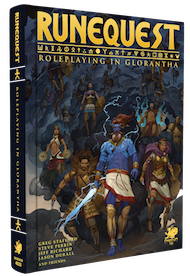 OK, its time for your humble Sorcerer to get well giddy again.

Sign up for exclusive early access to downloadable RQG content (art, wallpapers, the RQG character sheet) over the coming weeks as we get ready for the launch of RuneQuest: Roleplaying in Glorantha: http://eepurl.com/dtqE9T 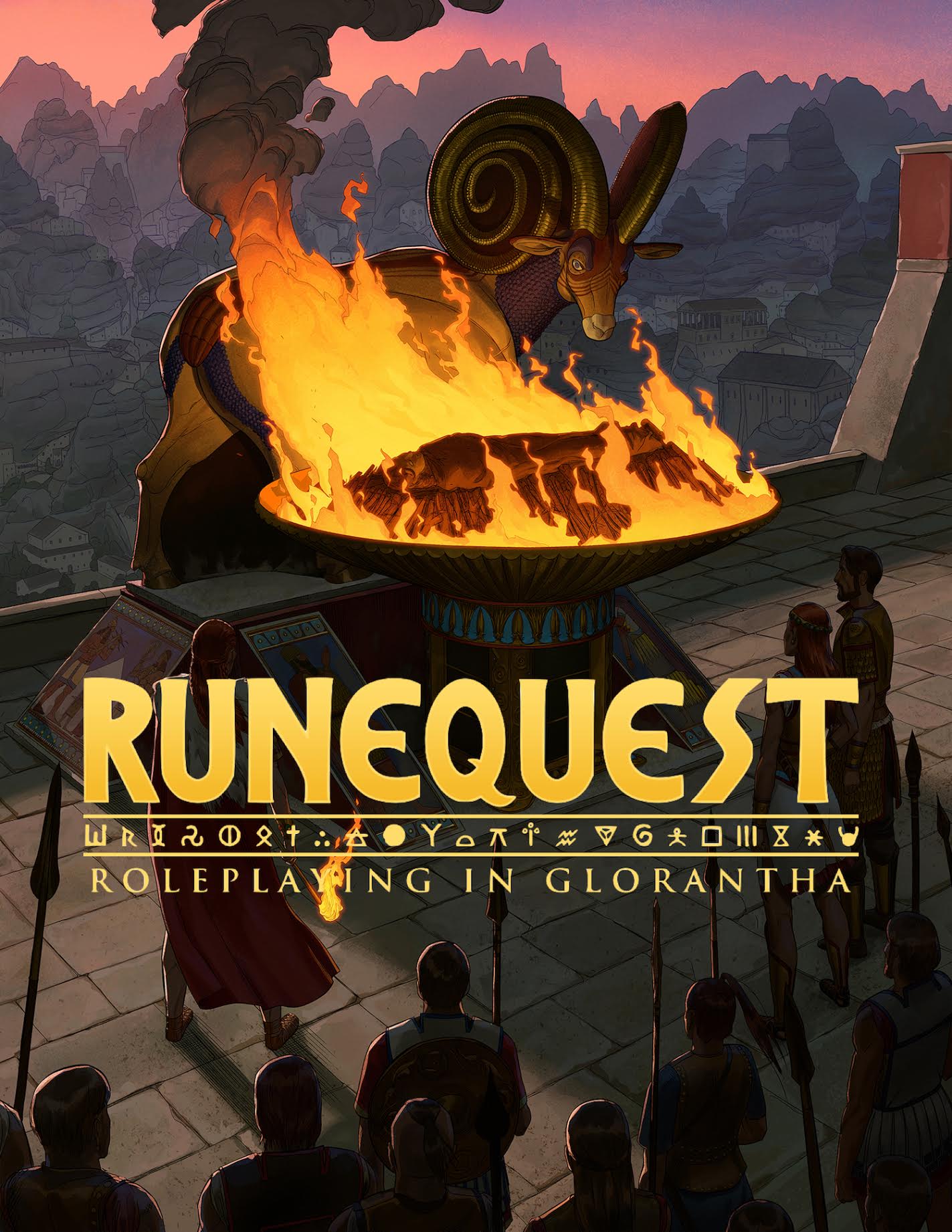 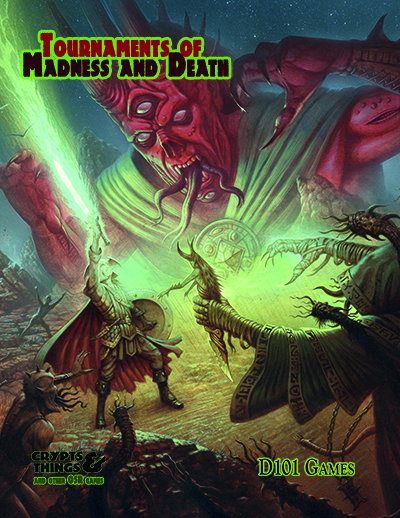